Through the Looking-Glass
(And What Alice Found There) 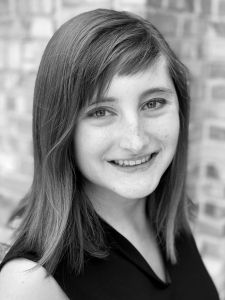 Jensen Glover is making her fifth appearance with Merlyn Productions.

Jensen was most recently seen as Pobrita in “The Beggar and the Wolf” during Winter Break 2018, and is a Teen Acting alumna of the Winnipeg Theatre School, where she has studied for the past four years.

Previously, she made her community theatre début in “The World of the Brothers Grimm” in 2015, returned to the stage for its 2016 Winnipeg Fringe Festival run, and played Brisa in “Wind of a Thousand Tales” in 2017.

From a young age, Jensen has been involved in musical theatre, jazz, tap, ballet, singing and piano. She has a keen interest in theatre, loves being on stage, and is an eager participant in all her school's productions.

When she can find spare time, Jensen loves reading, drawing, and music. 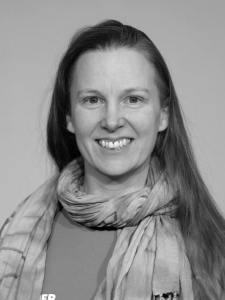 Xiam Webster is pleased to return for her third appearance with Merlyn Productions, and is delighted to revisit “Alice Through the Looking-Glass”: a show that she last worked on in 1989.

Xiam previously appeared as Mimms in “And Then There Was One” for ChristieFest 2017, and multiple roles in “Ernie's Incredible Illucinations” for AyckbournFest 2016.

As a performer, she has been in musicals, dance revues, commedia d'ell arte troupes, comedies, choirs, dramas, and a small amount of film. Most recently, Xiam performed, and is now in the recording studio with Incantatem: an a cappella choir, whose work can be found on Soundcloud. With such varied years of experience behind her, she delights in learning new skills — this year's challenge is refreshing her second language to conversational level.

Xiam sends her thanks and gratitude to Grampa Alec, Aunty Marilyn, her Mom and Dad who got her started, and especially to her loving husband and kids who are her co-adventurers. “Mom” will be the best role, always.

Heather Forgie became the Property Mistress at Merlyn Productions in 2014, and was cast as the Red Queen in “Through the Looking-Glass” that same year. She now returns for a second run, making her twelfth onstage appearance with the company!

Also known for her portrayal of the Wicked Queen in the company's past four runs of “Snow White and the Seven Dwarfs”, Heather's other appearances include “Wind of a Thousand Tales”, “The World of The Brothers Grimm”, “Ming Lee and the Magic Tree”, and “Nightingale”. She stage managed for the first time while working on “The Anniversary” for ChekhovFest 2014.

In addition to being an actress, Heather is a playwright and the Artistic Director of fellow local theatre company R-G Productions.

Heather is a graduate of the University of Winnipeg's theatre and dramatic arts program, and is currently employed as a high school Drama and English teacher.

Having once upon a time taken a few years off from the acting scene to have children and establish herself as a teacher, Heather is now back full-force. She looks forward to many further creative endeavours with the company! 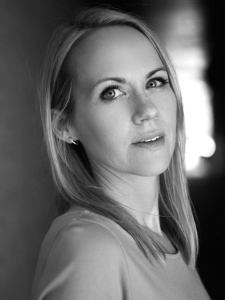 Erin-Brie Warwick is excited to be making her second appearance with Merlyn Productions! She was previously seen as Queen Summer in “Sleeping Beauty” (2015), and is also a 2014 Adult Acting alumna of the Winnipeg Theatre School.

Most recently, Erin-Brie played Persephone in “I Married the King of the Underworld and My Mom Freaked”: an original musical débuted by Acts of Grace at the 2019 Winnipeg Fringe Festival. She had also been active in The Gilbert & Sullivan Society of Winnipeg, appearing in both “Ruddigore” and “The Yeomen of the Guard”.

Erin-Brie's love of performing dates back to childhood — both in theatre and musical theatre. A recent highlight was spending a month in Ontario to rehearse and perform as Ladybug in “James and the Giant Peach” at the 2018 Superior Theatre Festival.

Other interests include film and commercial work, dance, sports, cats, and the great outdoors.

Erin-Brie sends a huge “thank you” to family and friends for their love and support. “Enjoy the show!” 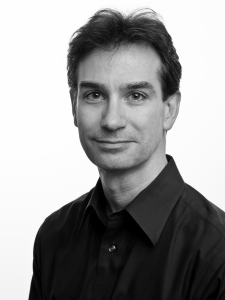 Tim Webster is pleased to be making his second appearance with Merlyn Productions alongside his darling wife of 26 years, Xiamana! He was last seen performing the solo piece “On the Harmful Effects of Tobacco” for ChekhovFest 2014.

Tim began performing publicly on a children's television program in 1977. He moved on to stage work in 1984, and once his degree was in his hand in 1991, he immediately began eking out a living in a variety of ways — as most theatre majors must, or starve.

Tim performed educational theatre with Phoenix Productions (1994 - 2000), produced liturgical sketches for Riverwood Church Community (1999 - 2010), taught Drama to Junior and Senior High students at The King's School (2003 - 2011), and engaged in political satire with the BS Comedy Players (2008 - 2019). He has gleefully indulged in improvisational comedy with the Crosseyed Rascals since 2001, and you may not recognise him as the erstwhile pirate, “Captain Braggadocio”: perennial daytime host of the outdoor stage at the Winnipeg Fringe Theatre Festival since the turn of the century.

Tim has worked for the Rady Faculty of Health Sciences at the University of Manitoba since 2004, and recently completed his master's of education degree. He would like to take this opportunity to deny the completely unfounded rumour that he has had elective plastic surgery to crop his naturally-pointed ears.

Liam Greyeyes is excited to be making his second appearance with Merlyn Productions, and is currently a Teen Acting student enrolled in his fifth year at the Winnipeg Theatre School.

Almost four years ago, he made his theatrical début playing the title role in “Ernie's Incredible Illucinations” for AyckbournFest 2016.

Liam is looking to explore new horizons in the theatre community, and has an interest in technical theatre.

He is a grade 9 student at Collége Churchill, and is looking forward to many other opportunities to perform in this wonderful city. 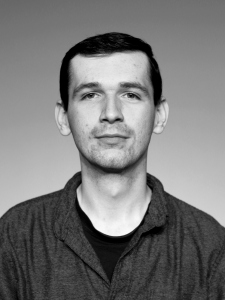 Colin Block is ecstatic to be making his community theatre début with Merlyn Productions!

Previously, Colin performed in several high school plays (earning himself the nickname “the memorize machine”), and has also been involved in skits at his church. As an energetic, happy person, he has always enjoyed making people laugh with comedic characters.

Colin has a great passion for acting; he plans to continue pursuing it with Merlyn Productions and in general, aiming to one day begin taking on leading roles. 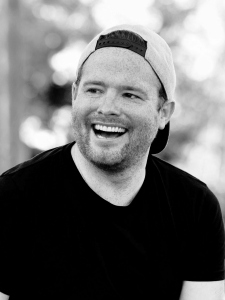 Adam Jennings is an alumnus of The Theatre School, making his first appearance with Merlyn Productions.

After a 7 year hiatus from the stage, Adam is returning to where it all began almost 30 years ago!

Prior to the hiatus, Adam had extensive training as an actor throughout the city.

After a personal loss, Adam made the choice to return to the thing that brings him the most joy. 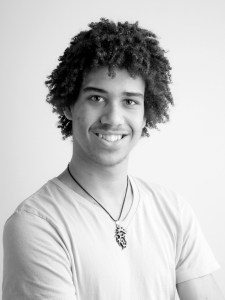 Isaiah Sudlow is appearing for a third time with Merlyn Productions.

He made his community theatre début as Fermin in “The Beggar and the Wolf” during Winter Break 2018, and wore many hats as Pico in “ALADDIN” at the 2019 Winnipeg Fringe Festival.

Isaiah previously acted in high school with his drama class, and has also taken 4 years of dance.

Being used to working with children from his family's business as special event planners, Isaiah clowns around professionally: doing magic tricks and making balloon animals. He can also fire spin.

Theatre goers may recognise him from previous Winnipeg Fringe Festivals, where he has been part of the live entertainment for 8 years.

He was most recently seen as Francesco in “The Beggar and the Wolf” during Winter Break 2018.

Other roles include The King in “Wind of a Thousand Tales”, King Handsome in “The Princess and the Pea”, and Inspector Horatio Miles (not a king) in “And Then There Was One” for ChristieFest in 2017. 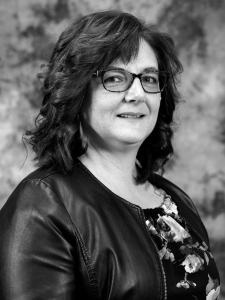 Steph Blanchette is stage managing for a third time with Merlyn Productions, having previously worked on “Snow White and the Seven Dwarfs” and “The Beggar and the Wolf”.

Steph spends her days working as an EA. While shying away from being on stage in the spotlight, she finds passion working behind the scenes, shining the spotlight as stage manager.

Steph's beginnings in theatre came in the form of “The Spikey Series” in 2008. Since then, she has been part of dinner theatre fundraisers, Folklorama, community theatre groups, and film projects.

Steph is currently working with Bush Party Productions on YouTube streaming comedy “One Great City”, as well as an upcoming Fringe play in 2020.

Steph enjoys working with a variety of people, learning something from everyone she meets. She is always looking to be part of the next project. 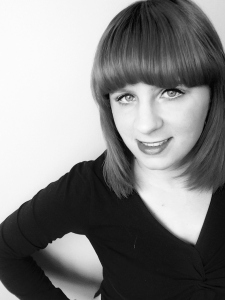 Sandy Marie is stage managing for the first time with Merlyn Productions.

Sandy has studied as an Adult Acting student at the Winnipeg Theatre School for the past five years, and made six appearances with Merlyn Productions. Her past shows include “ALADDIN” (2019 Winnipeg Fringe Festival), “The Beggar and the Wolf” (2018), “Puss in Boots” (2018), “Wind of a Thousand Tales” (2017), and “And Then There Was One” (ChristieFest 2017).

As a child, Sandy was always ready to put on a show with extravagant self-made costumes, starring her siblings and friends.

Sandy has a passion for musical theatre, and in addition to her acting classes, is also taking vocal and piano lessons. Her other skills include gymnastics, Irish tap dancing, and skating.

Coming from a family of musicians, Sandy's dad calls her his “little globe-trotter”, as she is always ready to pack and go on a new adventure.

DRAMA SHOWCASE
has been postponed until a later date (TBA).
Subscribe Now!