SACRED BLOOD and THE BOOR 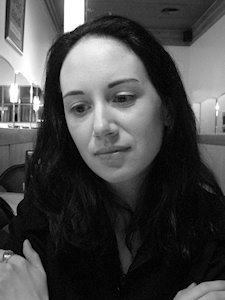 Leila Marston recently joined the Merlyn Productions Company Staff as Production Assistant in February. Prior to this, she would describe herself as having “played a ridiculous, sarcastic geek for over two decades, 'performing' throughout the U.S. and Canada”.

Her first step onto the stage was with Chase & Hamill last summer, in their 2008 Winnipeg Fringe Festival production of “HEY ABBOTT! - A Classic Comedy Tribute Show”. More recently, she performed multiple monologues and the role of Dorothea Browne in Merlyn Productions' March show, “An Hour of Comedy, featuring Brothers in Arms”.

Leila is delighted to once again appear before Winnipeg audiences. Offstage, she enjoys the intellectual, as well as cynicism, music composition, and caffeine.

Evelyn Carruthers is new to the stage, although by no means a stranger to the art of live theatre.

Over the past ten years, she has Stage Managed several shows, and assisted in various other capacities – largely due to her son Kevin's active involvement as an actor. Prior to this show, Evelyn also appeared as a gypsy, the mother, and the Genie of the Ring in a 2007 production of “Aladdin” with Fantasy Theatre for Children.

Although she enjoys acting a great deal, Evelyn has no current plans to give up her day job as a Management Accountant with the Federal Government.

Kevin Hamill has been performing on Winnipeg stages for over a decade, and has dozens of shows to his credit. This February, he joined the Merlyn Productions Company Staff as Technical Director, then in March performed multiple monologues and the role of Syd White in “An Hour of Comedy, featuring Brothers in Arms”.

Kevin has worked both onstage and off with a variety of local companies, including C.G. Productions, Merlyn Productions, and primarily Fantasy Theatre for Children. With FTC, he has appeared in numerous children's productions, starred in several plays with G.D. Productions (FTC's adult arm), and become an alumnus of The Theatre School.

As one half of Chase & Hamill on the local comedy scene, Kevin can be found portraying funny man Lou Costello of Abbott & Costello fame, alongside performing partner John Chase (Bud Abbott).

This July, Chase & Hamill will embark on their first venture not related to Abbott & Costello, as Kevin makes his solo directing début staging “Cinderella! Cinderella!” in the Winnipeg Fringe Festival KidsFringe.

Bill Pats began his theatre training in 2007 at Prairie Theatre Exchange, and was a member of the PTE Adult Company during their 2008/09 Season.

Bill can also be seen around Winnipeg as a solo performer, following his passion of stand-up comedy. His live performances can be found online at www.vimeo.com/user1444308/.

Bill is pleased to be involved in the arts, as it allows him to take a break from his “real job” in the accounting department at B & M Land Company. 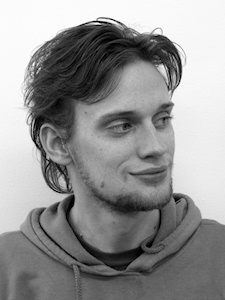 Edward Finigan originally lived and trained for theatre in Halifax, and is now making his first appearance with Merlyn Productions.

As a relatively new addition to Winnipeg stages, Edward's previous local appearances were in “Early One Evening At The Rainbow Bar And Grill” and “The Quick Change Room” with the Prairie Theatre Exchange Adult Company. Halifax credits include “Lets Get a Divorce!”, “Hamlet: Prince of Denmark” and “Zombietown”.

Be sure to catch Edward at the Winnipeg Fringe Festival this July, where he will be appearing in “13 Plays About Love” alongside Jesse Boulet, and Chase & Hamill's production of “Cinderella! Cinderella!” at the KidsFringe.

Jesse Boulet has been in and around live theatre for over 10 years, having started off with Fantasy Theatre for Children, and since performed in over 40 FTC productions.

After graduating high school, Jesse was accepted to the Canadian College of Performing Arts in Victoria, where he completed the 2-year program. Since returning to Winnipeg, he has been taking film classes at Onalee Ames Actors Studio, completed the 1st season of animated TV series “Supa Strikas”, and was featured in an advertising campaign for the Manitoba Gaming Control.

This past January, he had an experience of a lifetime when he and a friend travelled down to the Sundance Film Festival in Utah.

This is Jesse's first show with Merlyn Productions, and he is looking forward to it. You can next see Jesse perform in “13 Plays About Love” at the Winnipeg Fringe Festival in July. 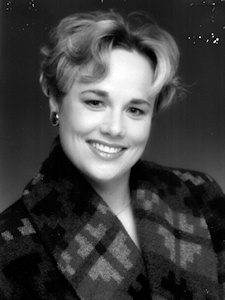 Carolyn Lutes enrolled in Fantasy Theatre for Children and The Theatre School as an adult student in 2000. Since then, she has worked throughout the theatre: as Stage Manager, scenic crew, property crew, Choral Director, Musical Accompanist, and – of course – an actress.

Carolyn's roles for audiences of all ages have ranged from a hapless lion to Princess Anastasia, and include various performances with G.D. Productions (the adult arm of FTC).

In “real life”, Carolyn works as a registered nurse.

Evelyn Darrach has been performing with Fantasy Theatre for Children since 1991. Her children's theatre credits include productions such as “Aladdin”, “Cinderella”, “Tom Sawyer”, “Snow White”, and “The Wizard of Oz”, to name but a few. She has additionally performed in various productions at the Winnipeg Fringe Festival, and for G.D. Productions (the adult arm of FTC).

Evelyn steps onto the Merlyn Productions stage having just stepped off a plane from Guernsey, U.K., where she appeared in two plays at the GADOC 61st Annual Theatre Festival. The plays – “Sudoku Fever” and “You Will Write, Won't You?” – were presented by NewStage Productions of Winnipeg.

When not performing, Evelyn enjoys travelling, cycling, walking, and time spent with her family – especially her grandchildren.

DRAMA SHOWCASE
has been postponed until a later date (TBA).
Open Positions